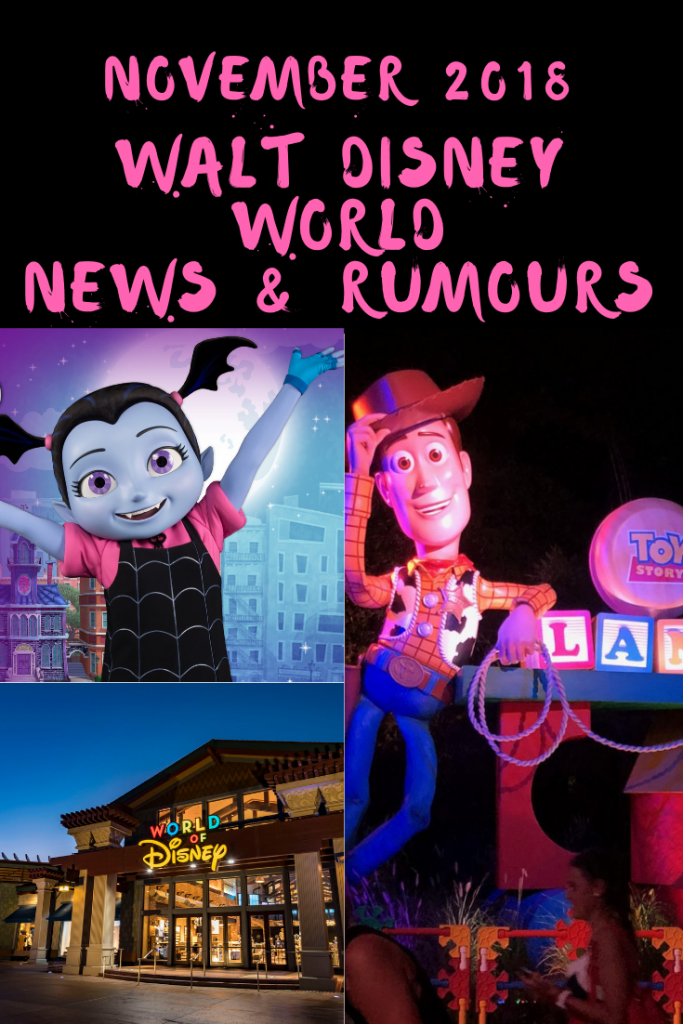 I’m struggling to believe this story but apparently, it is true.

A scooter managed to hit a door on the lime monorail when boarding at the Grand Floridian and the entire door fell off causing hours of delays for guests.

The monorail seems to be having a fair share of difficulties in recent times. Ziggy Knows Disney has some photographs of the incidents.

Hopefully, the Disney Skyliner will not have similar problems. The opening for the Skyliner has been confirmed for Fall 2019.

First, there were increases to food & drink followed quickly after by park tickets. Now car parking has been subject to a significant price increase. The largest of these is preferred parking which has seen the price rise by $5 a day. The new prices for parking at Walt Disney World are:-

Guests of Disney Resort Hotels, select Annual Passholders, Premium Passholders and Disney Premier Passport holders benefit from complimentary theme park parking. However, Disney Resort Hotel guests recently had to start paying to park at their resort. Resort parking fees depend on the resort classification but are as high as $24 a day for those staying in a deluxe resort.

We think these parking increases are excessive and have noted that most classes of parking are cheaper at both Universal Orlando & SeaWorld.

Perhaps it is time to consider visiting Walt Disney World without a car?

Coronado Springs has been undergoing massive changes and Disney have announced an opening of Summer 2019 for this reimagined resort.

The highlight of the reimagined resort will be the addition of a new 15 story tower. The tower will feature a two-level entrance lobby, 545 guest rooms (including 50 suites), a themed and unique rooftop table-service restaurant, two presidential suites and more.

As part of the renovations, all 1800 existing rooms have been refurbished. Once work has been completed there will be over 2400 rooms at the Coronado Springs Resort.

A second new restaurant will be located on an island in the middle of the resort’s 14-acre lake, Lago Dorado. New walkways will stretch across the lake, allowing quick and convenient passage to and from all areas of the resort.

It has been rumoured that a resort was being planned on the site of the former River Country for a while.

Disney has recently announced that a new resort will be built on this site opening in 2022. The hotel will include over 900 rooms and Disney Vacation Club villas across a unique variety of accommodation types. The new resort will be nature themed but a name has not yet been announced.

Vampirina is now meeting guests at Hollywood Studios but Jake seems to have moved into Yesterland.

Dec. 22, 2018, has been confirmed as the opening date for the new Disney Junior Dance Party! Vampirina will star in this new production along with Doc McStuffins, Timon, and Mickey Mouse.

The renovations of this store in Disney Springs seemed like it would never end. However, all work is now complete!

World of Disney is an anchor location at Disney Springs and offers the largest collection of Disney-themed merchandise in the world.

2019 Epcot International Festival of the Arts

The Epcot International Festival of the Arts will be returning in 2019. This will be the third year of this increasingly popular festival and it promises to be bigger than ever before. The festival will start on January 18th and will run for 39 days.

The popular Disney on Broadway Concert Series expands to seven days a week during 2019 and will feature a regularly rotating lineup of stars. The shows will feature music from shows such as “The Lion King,” “Frozen” and “Beauty and the Beast”. Confirmed guest stars are:

The 2019 festival will feature 13 food studios. Only a few menu items have been announced so far but the Artist’s Table’s beef wellington with mushroom bordelaise, fennel cream and roasted baby vegetables sounds delicious.

Announced 2019 Epcot International Festival of the Arts highlights include:

Disney After Hours has run for a while at The Magic Kingdom. These hard ticket events allow you to experience the park for 3 hours after regular closure. You are promised little-to-no wait for attractions, unique experiences and character greetings. Ice cream, popcorn and select beverages are also included in your admission.

However, these experiences are not cheap. Tickets cost $125 + tax for advance purchase and $129 + tax for day-of purchases. DVC members and annual pass holders do get a decent discounted price of $95 + tax.

These events have obviously been a great success as there will be even more dates in 2019. In addition, Disney After Hours will also be running for the first time at both the Animal Kingdom and Hollywood Studios.

Halloween is over and we are now celebrating Christmas at Walt Disney World. The Christmas festivities although early are not as early as Halloween which started unbelievably in August this year.

However, the first Mickey’s Very Merry Christmas Parties have now been held. The Disney Food Blog has already been to the party and they have created a great review.

If you want to find out more about what is happening at Walt Disney World during this year’s holiday season click this link.

The new Tron Roller Coaster isn’t scheduled to open in the Magic Kingdom until 2021 but construction progress is getting made. Ziggy Knows Disney has another fantastic construction update. The site of the attraction looks huge!

Our Walt Disney World News & Rumours will be back in December with our last report of 2018.