We were aware before we travelled that yesterday was a public holiday in France. However, having looked at a few Disneyland Paris crowd calendars we were reassured that the 2nd November would be relatively quiet.

I have never been a great fan of crowd calendars and today proved yet again why you should not follow them too closely.

The crowd calendars were wrong and the park was packed. It was the busiest I have ever seen Disneyland Paris and apparently was the busiest day for several months. Whilst Disney parks are usually ready for big crowds, it seemed today the crowds caught them off guard. There were multiple food locations & carts closed which you would expect to be open on a busy day. Staffing levels seemed to be a little low throughout the resort.

Perhaps the biggest sign of the unexpected crowd was the length of time it took to get into the park. It took over 1 hour to get through security and into the park. Amazingly there was only 8 bag check points and the staff just couldn’t cope.

The biggest problem with the crowd was that Disneyland Paris is surrounded by a wall and there are just 2 entry points each with 4 security checks. These 2 points serve resort buses, the train station & car parks. The entire crowd surges towards these 2 very narrow points of entry and into the 2 busiest theme parks in Europe.

In my opinion, guests in the crowd today were at risk of falls, being crushed or much worse.

I saw a security manager on the wall surveying the crowd. He looked a little worried and seemed to be giving urgent instructions into a radio. Disneyland Paris must do something to review there entry procedures urgently. Hopefully nobody was injured today but it would have been due to good luck than good planning.

The Disneyland Park at Paris remains very beautiful. Despite the crowds many of the park’s features could still be seen. Crowds were large and waits were lengthy for all attractions. However we still had a great time and did a reasonable amount of attractions.

Highlights of the day included Peter Pan, Pirates of the Caribbean and Big Thunder Mountain which in my opinion are all better than their Orlando equivalents.

Tomorrow we are off to Disney Studios. Our resort concierge informs us the park will be quieter! …… We shall see. 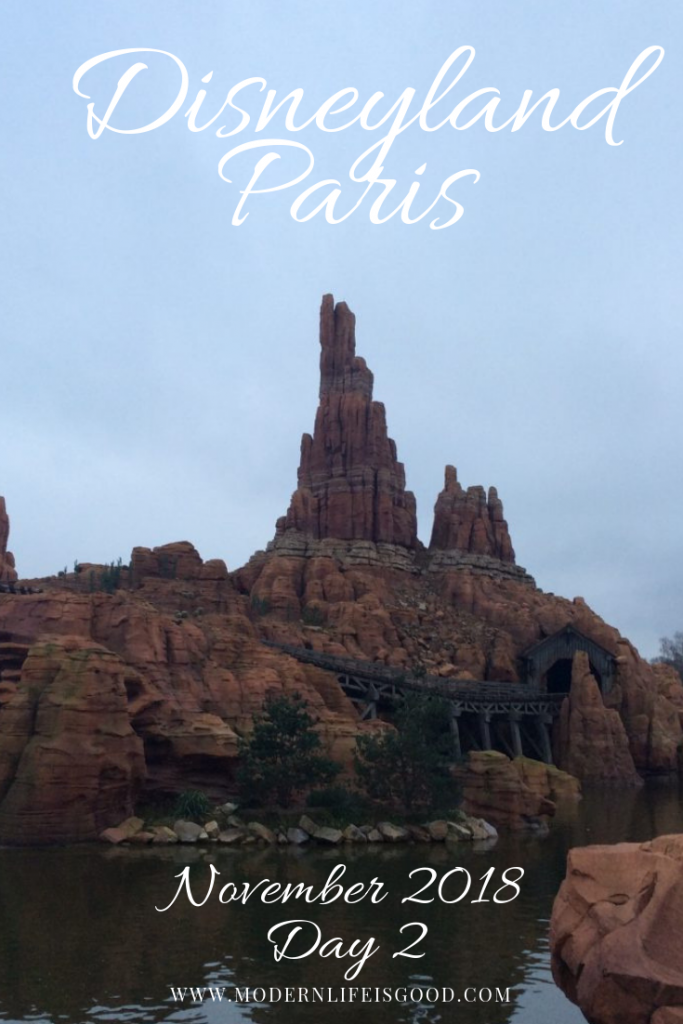