You are here: Home / Blog / Why you probably should not visit Walt Disney World in 2019

Last year we told you we thought 2018 was the best year ever to visit Walt Disney World. Overall we think it was a fantastic year with the highlight being the opening of Toy Story Land. Unfortunately, the crowds also seemed to agree that 2018 was a great year to visit. There have been large crowds greeting guests most days. However, we think you probably should not visit Walt Disney World in 2019 and wait until 2020 or 2021.

Now if you are a Disney World fanatic like Mrs ModernLifeIsGood, nothing will probably keep you away & you will visit again in 2019. However, if it is a once in a lifetime experience we think 2019 is a year to avoid Walt Disney World. No matter when you visit Walt Disney World you will have a fantastic time but we think there are better years coming:

Now, this isn’t quite true. The new attraction Mickey and Minnie’s Runaway Railway will probably open at Hollywood Studios in time for summer but there will be nothing much else new for the peak vacation season. After 2017’s Avatar & 2018’s Toy Story Land this new attraction isn’t going to be a big pull in our opinion. We now know Mickey and Minnie’s Runaway Railway is not going to open until Fall…so there will be even less new!

Star Wars: Galaxy Edge is due to open in 2019 but currently Disney is stating late fall 2019. I’m not exactly sure what late fall means but I suspect the end of October or November will be the earliest for the opening. However, large attractions can be delayed and it would seem plausible that Star Wars Land might not even open in 2019.

The biggest event so far advertised for Summer 2018 is saying goodbye to IllumiNations at Epcot. However, the attraction has been around since 1999 and has served its time. Unfortunately, its permanent replacement will not début until 2020. Is saying goodbye to a 20-year-old attraction a reason to visit?

It has gone more expensive.

In addition, Disney has just increased the price of many park items significantly.

Is it better to save you money for another time? 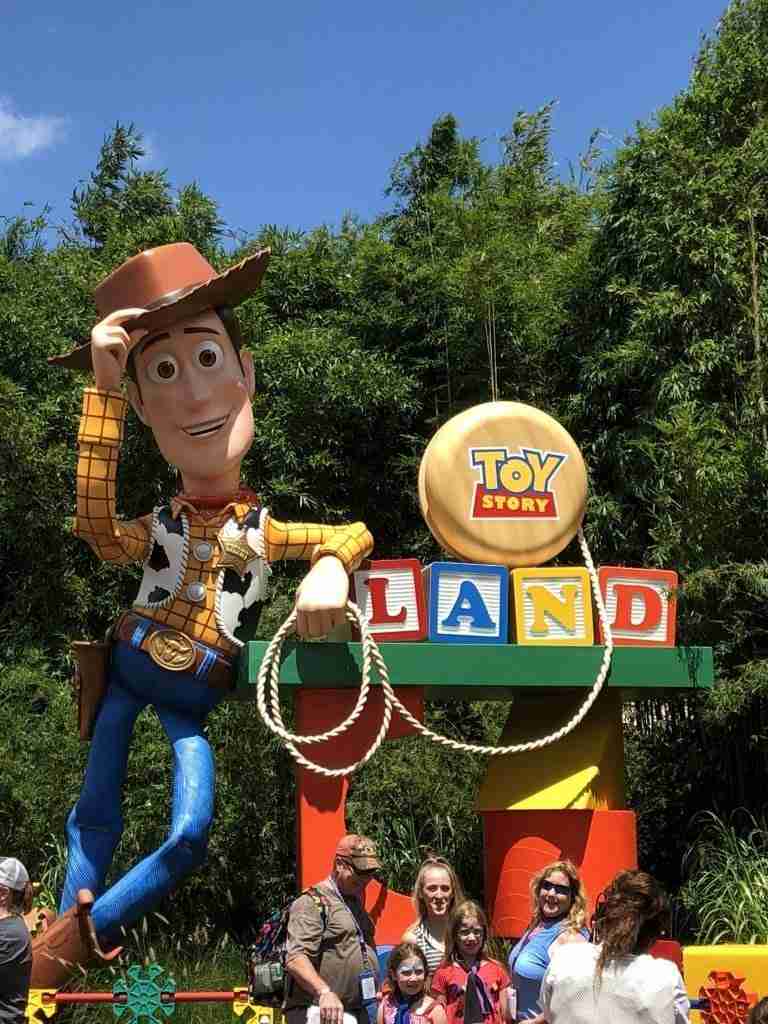 There will be construction everywhere

Hollywood Studios remains a construction site but Epcot is now under massive renovations too. Whilst Epcot building work isn’t too obstructive at the moment it is likely it will get more noticeable as we enter 2019.

Also in 2019 significant work will be occurring to make room for the new Tron Coaster. The Walt Disney World Railroad and the Tomorrowland Speedway will both spend a significant part of 2019 closed to aid construction.

Plus the Disney Skyliner will continue its construction into 2019 causing havoc in car parks & resorts.

There are better years to come

By 2021 there will be 3 massive new attractions open. These attractions are a Tron Coaster in the Magic Kingdom plus in Epcot a Ratatouille Attraction & a Guardians of the Galaxy Coaster.

The expansions in Hollywood Studios will continue for the next few years and there almost certainly will be some further unannounced attractions. It would seem unlikely renovations at Epcot will be complete by 2021 but there will also probably be some extra attractions which have not yet been announced.

While most of these changes are not guaranteed until 2021, I do think 2020 will be a better year to visit than 2019. Star Wars Land will be open and the initial crowds will have quietened down slightly. In addition, there will still be the relatively new areas of Pandora & Toy Story land to explore. The more new areas we get crowds should hopefully start to spread out. Could the lines for Flight of Passage be quieter by 2020?

If you have to visit Walt Disney World in 2019

If you are planning to visit our Guide to Walt Disney World is a great planning resource.

Do you agree, should you not visit Walt Disney World in 2019? Let me know your thoughts in the comments section below.