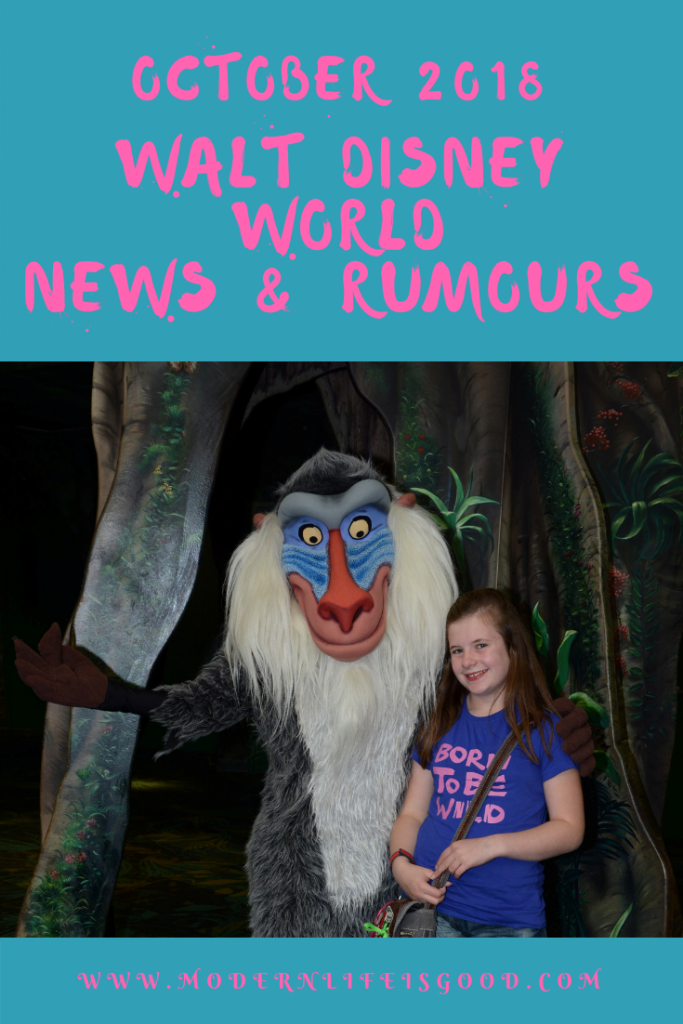 Move It! Shake It! MousekeDance It! Street Party

Star Lord & Groot have stopped meetings guests at Hollywood Studios. The meet & greet inside Walt Disney Presents always felt a little out of place. Whilst guests might have hoped there would be an extension, to the previously depleted, Walt Disney Exhibition they will be disappointed.

Mike and Sulley will start meeting guests from January 18, 2019, at the new residents.

This new show was first announced earlier this year but a few extra bits of information is slowly getting released. The location will be at the Sunset Showcase near Rock n Roller Coaster and is scheduled to open in Spring 2019. Guests will get face to face with Lightning McQueen & learn from his years of experience on the track. Details are still limited but it has been described as a unique attraction.

Beginning Jan. 18, Pixar Place will transform into a Municiberg city block from Pixar’s Incredibles films. There will be a dance party several times a day starring Mr Incredible, Mrs Incredible and Frozone.

In addition, Edna Mode, greatest super suit designer, will be meeting guests plus there will be a selection of her best suits on display. Plus if you want to play detective you can follow clues to find Jack-Jack.

It hasn’t been announced if this Municiberg revamp of Pixar Place will be a permanent addition.

We have been anticipating that a replacement for IllumiNations Reflection of Earth would be part of the Epcot Upgrades for some time. This has now been confirmed and IllumiNations will end following Summer 2018. A new show will replace it but details have not yet been released.

Perhaps this is a reason to consider booking the Disney Dining Plan in 2019?

Some snack items have increased by an astonishing 25% in the last few days.

This must be one of the most unsuccessful of all the Hollywood Studios Updates. Reviews for PizzeRizzo have never been good & it seems action has now been taken. PizzaRizzo will close at the end of October 2018 and will become seasonal only.

Not one of Disney World’s greatest success stories.

There have been many rumours of possible new pavilions in World Showcase. The most persistent rumour is Brazil but WDW News Today thinks there might be an announcement on a future India Pavilion.

Unfortunately, these Epcot rumours never turn into anything substantial but one day they just might!

It is rumoured the India Pavilion will have several restaurants and a new Jungle Book attraction. Count me in as a supporter!

I have not changed my mind, I still think the Disney Skyliner is the most stupid idea Walt Disney World has ever had. Look up the Emirates Air Line(cable car) if you need another example of a similar stupid idea.

However, this future mode of transport is taking shape and Ziggy Knows Disney has got a construction update including a first look at a Gondola.

Dance Parties seem to be the “in-thing” at the moment and we will shortly be getting another! Celebrating 25 years of The Lion King Timon & Rafiki will be hosting the new Hakuna Matata Time Dance Party in Discovery Island at the Animal Kingdom. The new party will be starting January 18.

Be Our Guest now serves Alcohol at Breakfast & Lunch

Be Our Guest lies somewhere in-between table service & counter service for lunch and breakfast. However, until recently you were unable to buy alcohol with your lunch & breakfast. That has now changed but will other counter service locations at The Magic Kingdom soon follow?

When I wrote September’s Walt Disney World News I never expected that during the next 30 days Rafiki’s Planet Watch would be one of the biggest news events. It started on September 21st when reports came out that the land would permanently close on October 21st. Forums and social media were full of rumours that perhaps the closure was linked with the opening of a future Zootopia Land.

As rumours persisted a Disney Spokesman confirmed, on September 25th, that Rafiki’s Planet Watch would close permanently in October.

However; that was not the end of the story and on the 29th the following statement was released by Disney:

Starting October 21, Rafiki’s Planet Watch and Wildlife Express will not be available to Guests. We anticipate reopening Rafiki’s Planet Watch and Wildlife Express for Guests in Spring 2019, with more details to come. In the meantime, we will be taking a closer look at the offering to determine what would be most meaningful to our Guests as well as what fits best within the overall park experience.

So it seems that Rafiki’s Planet Watch is closing and will probably reopen in Spring. However, there are more details to come & they will be taking a closer look at the offering.

We suspect if it does reopen it will be a very different Rafiki’s Planet Watch.