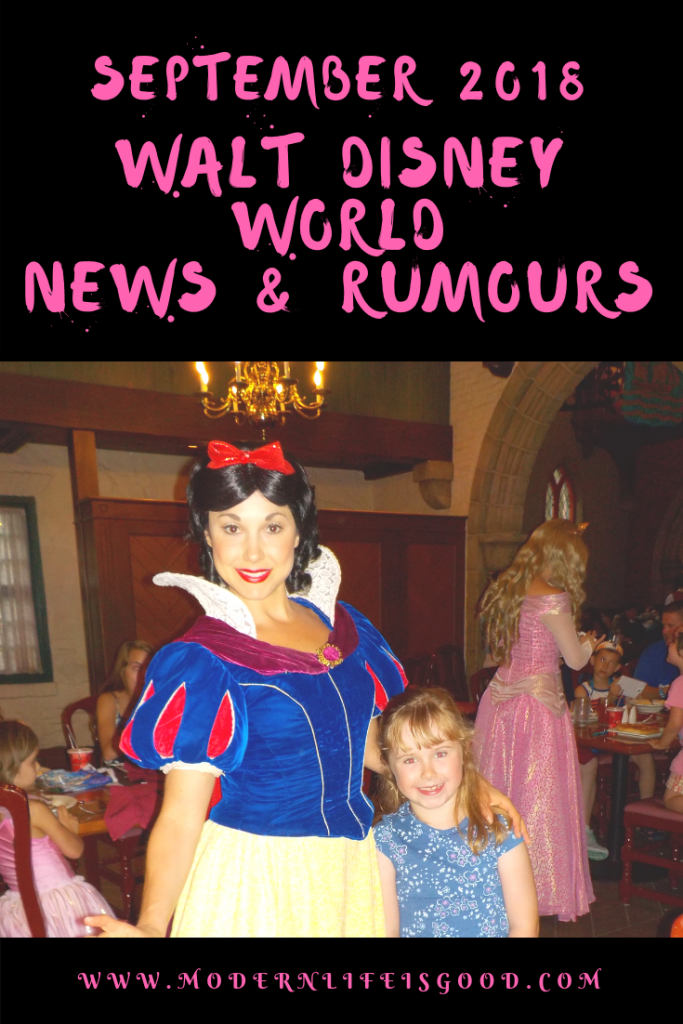 Renovations at Caribbean Beach Resort are continuing and recently details have been released of a new dining location. The former Shutters table-service restaurant will open as Sebastian’s Bistro.

Disney is promising that “Sebastian’s Bistro will feature beautiful views, warm island hospitality and a menu that blends Latin and Caribbean flavors from market-fresh ingredients.”

Quite bizarrely this annual event started on the 17th of August this year. Is it just me but does mid-August seem a little early to be celebrating Halloween? If Disney continues this pattern of early starts then the Christmas parties should be scheduled to start before Halloween!

There are a host of new activities at this years party including:

Despite the almost illogical thought of celebrating Halloween in August, it seems many guests are already feeling the need to put on their fancy dress costumes. Crowds have been reported to be high in these early season parties. Over at Disney Tourist Blog, they have already been and provided a report of this year’s Mickey’s Not-So-Scary Halloween Party.

Extra Magic Hours and 60-Day FastPass+ benefit will continue in 2019 for Disney Springs Area Hotels. This benefit was new in 2018 but has now been confirmed to continue. Officially Disney state that guests must have a Walt Disney Travel Company package including a stay at one of the hotels to take advantage of this benefit. However, we were allowed access to the longer Fastpass booking window and EMH for a booking made via Expedia earlier this year.

The Disney Springs Hotels do offer a more cost-effective option for staying near the Magic than the Disney owned Resorts. To read more about the hotels visit our Disney Springs Guide.

We have mentioned in our Coming Soon to Epcot Guide that a new restaurant is planned for the Japan Pavilion. Not a lot is known yet apart from it being a new signature venue. WDWMagic has recently published a construction update of the new Japan Restaurant. There isn’t a lot to see but it appears construction has started. However, does the Japan Pavilion really need 3 restaurants?

The folks at The Disney Food Blog have been reviewing the Epcot Food & Wine Festival and their site is worth checking out if you are visiting this year.

Starting 17th September guests will be able to take advantage of exclusive Disney Early Morning Magic access to Toy Story Land. This new experience will include breakfast & will run from 7:30 AM to 8:45 AM. Breakfast will be available until 10:00 AM.

During this special event, the attractions available will be Slinky Dog Dash, Alien Swirling Saucers and Toy Story Mania! along with opportunities to meet Buzz, Woody and Jessie.

The breakfast will be located outside of Toy Story Land and will feature a continental buffet as well as your choice of a main dish like avocado toast or fried chicken served with a cronut.

The cost of this experience is $80 plus tax for adults & you must have a valid park ticket. In my opinion, $80 is very expensive for what in only 75 minutes of exclusive park time and a slightly enhanced quick service breakfast. It will be interesting to see how popular this experience is.

We love a Walt Disney World Rumour here at Modern Life is Good. It appears this rumour has been circulating for some time but we have missed it.

It is rumoured that a new Walt Disney World resort is going to open on the former site of River Country. Apparently, On March 5, 2018, Disney officially filed permits for a new mystery development labelled “Project 89” to be built along Bay Lake and over the former River Country site. It is understood this will be the site of the new resort. Theme Park Tourist claims that the Resort will have over 1000 rooms when complete.

If the rumours are correct then the building of this new resort will start soon.

I have to admit I am not happy about this change! The fantastic Artist Point at Wilderness Lodge is changing to Storybook Dining at Artist Point.

Storybook Dining at Artist Point will invite guests to venture into an Enchanted Forest. During your meal, there will be visits from Snow White, The Queen Dopey and Grumpy. Games and music will accompany your meals.

We recently visited Artist Point & our meal was superb. Whilst I can see the appeal of a Snow White meal, it is disappointing the fantastic Artist Point will be making way for it.

We now know the name of the Cantina at Star Wars: Galaxy’s Edge & it will be called Oga’s Cantina.

The Disney Parks Blog is advising guests should “get ready to listen to some unique music, taste the best drinks in the galaxy, and surround yourself with a colorful cast of characters. You never know what will happen at the cantina!”

It all seems very exciting and an old favourite will apparently be making a return. RX-24 will be Oga’s Cantina’s DJ!…..who would have predicted that?

I still don’t understand the appeal of this service. Whilst the vehicles do look pretty a regular Lyft or Uber always work out cheaper. However, the service continues to be expanded and Minnie Vans are now bookable from Orlando Airport. In addition, a new pricing model for Minnie Vans has just been announced which does not appear to be any cheaper.

We will be back with all the latest Walt Disney World News & Rumours in October.