Our first full day and we toured Epcot. Epcot is currently undergoing massive renovations but there is still plenty to do in the park. In the evening we had dinner at Chefs de France but before that we had some very expensive drinks. 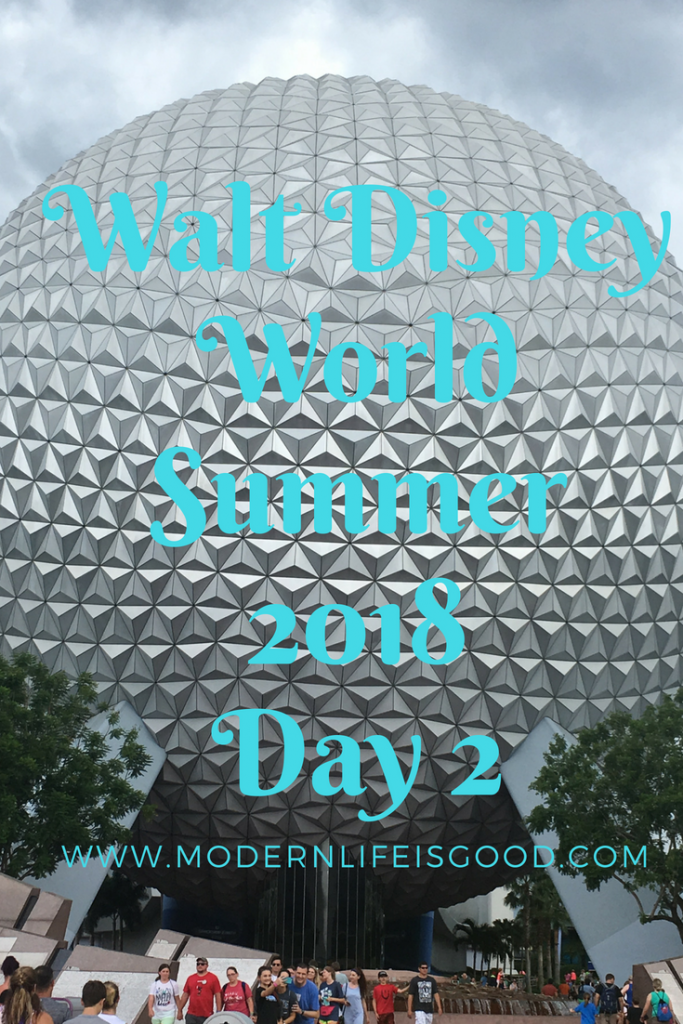 Regular readers of this blog might recollect that previously I wrote about the Scooter Menance.  This year my parents have hired a scooter. We are now Scooter Menaces!

Until today I never realised how difficult riding a scooter can be. Our first difficulty was missing the ramp when boarding our first Disney Bus. However the biggest disaster was not realising there was no brake and crashing into the crowd at the Disney & Pixar Small Film Festival. Hopefully we will get better as the vacation progresses! In the meantime if you see us I would keep out the way.

There are some great attractions in Epcot. The very best of these, in my opinion, is Test Track & Soarin today we rode them both. I think I prefer the old Soarin California but the new video is still great fun. Test Track remains one of the best rides in Walt Disney World but it is such a pity that it closes so often due to poor weather.

We spent the morning and early afternoon in Future World before heading to World Showcase. We settled down for an early evening drink at The Rose & Crown. Our table was a great spot to people watch and listen to the various entertainment offerings in the UK Pavillion.

However, $78.91 for 8 drinks which included a bottle of water, a coke & an apple juice was staggering. $13 plus tax plus 18% gratuity for a glass of sparkling wine does seem excessive. A compulsory $11.44 gratuity is gobsmacking. How much of this gratuity do the wait staff actually receive? I realise Brits are often criticised for not tipping but I genuinely can’t get my head around this level of compulsory gratuity.

Our evening meal was at Chefs de France a great restaurant in the Epcot France Pavillion. Whilst not quite at the standard of a signature restaurant, it is one of the very best single credit restaurants on the Disney Dining Plan.

Overall we had a great day in Epcot. Tomorrow we will be having our first look at Toy Story Land & Disney Pete can’t wait.