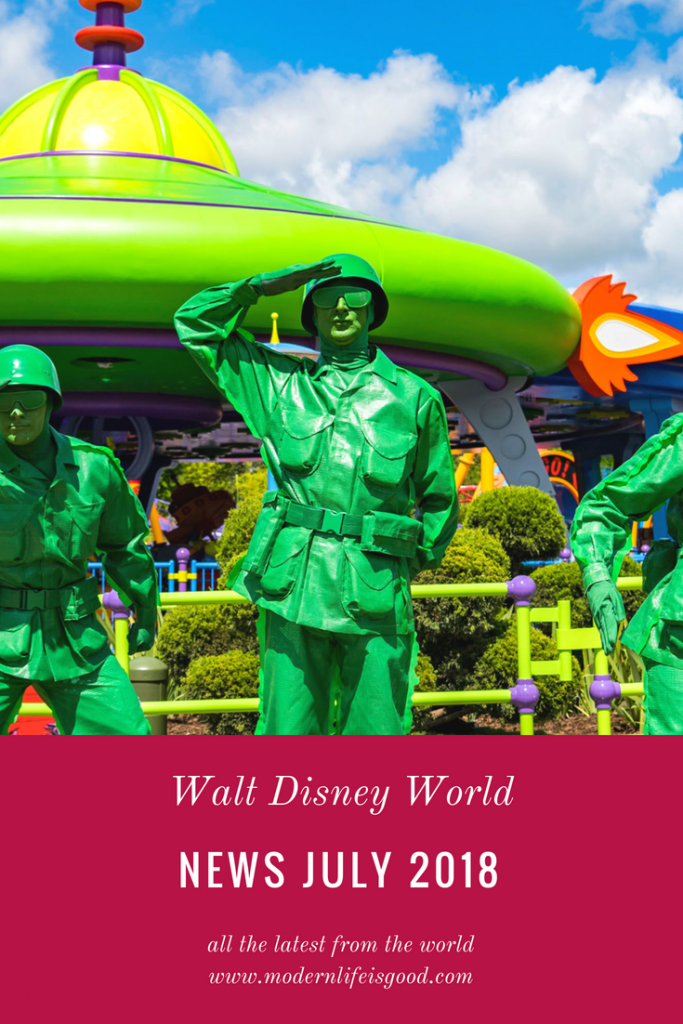 The biggest event of Walt Disney World 2018 was the opening of Toy Story Land. On the 30th of June, guests managed to get their first ride on the new attractions. We will be visiting Hollywood Studios at the end of this month. If you are also visiting you might find our Hollywood Studios Fastpass Strategy & our Guide to Hollywood Studios Summer 2018 useful resources.

Plenty of sites have already provided reviews of Toy Story Land and here are links to some reviews you might have missed on Digital Spy, WDW Magic & Insider.

Building work & changes continue at Hollywood Studios, the latest being the closure of Pixar Place.

With summer still in full swing, Disney has announced the next list of seasonal temptations. Details of the 2018 Holiday Season have been announced including the returning Mickey’s Very Merry Christmas Party at The Magic Kingdom & Epcot International Festival of the Holidays. Find out more details here.

I miss the Great Movie Ride and do not think it should have closed. However, its replacement Mickey & Minnie’s Runaway Railway is due to open in 2019. Disney has released some further concept art to build the excitement for the new attraction.

Disney continues to look for new ways to entertain guests whilst they wait. The newest addition is the Play Disney Parks App available on the Apple App Store & Google Play Store. The app promises to turn wait time into play time.

Currently, the app can only be used on a limited number of attractions including Toy Story Mania, Space Mountain, Peter Pan & Slinky Dog Dash. However, Disney promises new additions in coming months. You can find out more about the App here.

Is this a further reason to support our Number One Walt Disney World Tip?

I think this a very welcome update. You can now get an estimate on when the next bus will arrive from the My Disney Experience App. WDW Magic has further information. If you want to read some more general information on Disney Transport have a look at our guide.

Ziggy Knows Disney has got a photo update of the building of the Guardians of the Galaxy Coaster. It certainly looks big & at the moment it looks rather ugly. 2020 is the expected opening date for the new attraction and expect Disney to release more information in the new year.

The World of Disney at Disney Springs has been undergoing a massive refurbishment. Whilst there will be another few months until the whole project is completed part of the store has reopened. WDW info has a photo tour of the refurbished store.

Mickey’s Not So Scary Halloween Party

This is always one of the most popular events of the year & new experiences have been announced for 2018.

The Mad Tea Party will take you for a colourful ride as new lighting and effects give a new spin on the night.  On Pirates of the Caribbean, new pirates invade the experience, interacting with sailing guests who will join the search for “Gunpowder Pete.”  Space Mountain will feature a new soundtrack and special effects.  Plus, Storybook Circus welcomes the Disney Junior Jam, a dance party featuring Disney Junior Characters, including Doc McStuffins.

Wedding at The Tree of Life

Fancy something different for your wedding?

You can now get married in front of the Tree of Life. More information is available from Disney Fairy Tale Weddings.

We will be back with the latest news from Walt Disney World in August. In the meantime there will be plenty of site updates being made to Modern Life is Good over the next month including Live Blogs stating towards the end of the month.