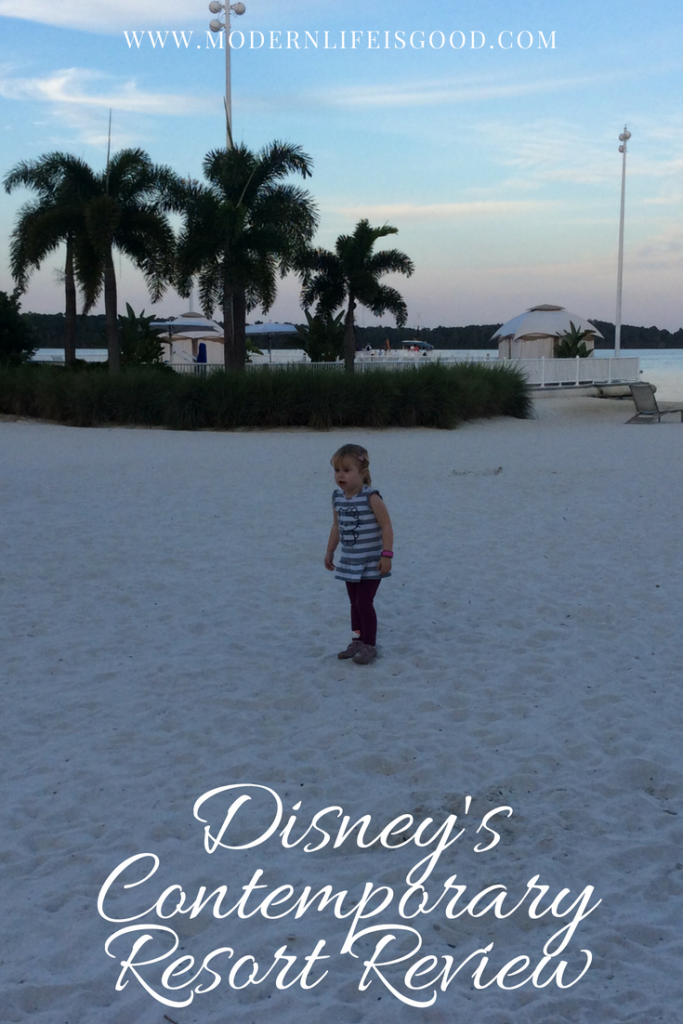 Disney’s Contemporary Resort is one of two resorts on the property when Walt Disney World opened in 1971. The resort was built on a 55-acre site next to the Magic Kingdom. The resort rises a staggering 14 stories from the shores of Bay Lake and Seven Seas Lagoon. The Contemporary Tower was built as an A-frame with outer walls which slope inwards around an inner atrium. All guest rooms are modular and were inserted into the Tower’s frame.


There are 655 rooms and suites in this deluxe resort with some rooms being in the adjacent Garden Wing. The resort includes a 90,000-square-foot convention center, three full-service restaurants, tennis center, marina and three swimming pools.

Disney’s Contemporary Resort has two separate club levels The Atrium Club & The Tower Club. Club level guests get access to a special concierge lounge and complimentary food offerings served throughout the day. Our Guide to the Kilimanjaro Club at Animal Kingdom provides more information on what to expect at club level.

The Contemporary Resort has some of the best dining options at Walt Disney World including:

The Pixar Play Zone opened in 2018 which allows supervised kid’s activities whilst parents have an evening off. Kids will enjoy an evening filled with interactive fun, characters, arcade games and dinner.

There is a selection of speciality shops in the Contemporary Tower. The Contemporary tower has a 90-foot-tall mural by Disney Legend Mary Blair celebrates the Grand Canyon and the American Southwest.

The Walt Disney World monorail makes a stop inside the resort thanks to the monorail extending through the center of the A-frame. In additions, guests can board motor coaches and watercraft to reach the theme parks. The resort is just a short walk to the Magic Kingdom.

In 2005, Disney began an extensive renovation of Disney’s Contemporary Resort, and it was completed in 2009. Bay Lake Tower was built on the site of the former North Wing.

This Disney Vacation Club resort features 295 units (2-bedroom equivalents) including studio, one- and two-bedroom villas. Its fifth floor is connected by a skyway from the main tower’s fourth floor.

Disney’s Contemporary Resort is outstanding. Rooms are luxurious and facilities are first class. The grounds are beautiful and you soon grow to love the tower. In addition, the proximity to The Magic Kingdom is unbeatable.

In our opinion, Disney’s Contemporary Resort is the best of Walt Disney World.

Our video has many of the highlights from the resort.

Our Essential Guide to Disney World is a great place to visit.