Today we visited Hollywood Studios which is currently undergoing major renovations. Toy Story Land & Star Wars Galaxy Edge will take this park into a new era but in the meantime not much remains of my former favourite Walt Disney World Park. 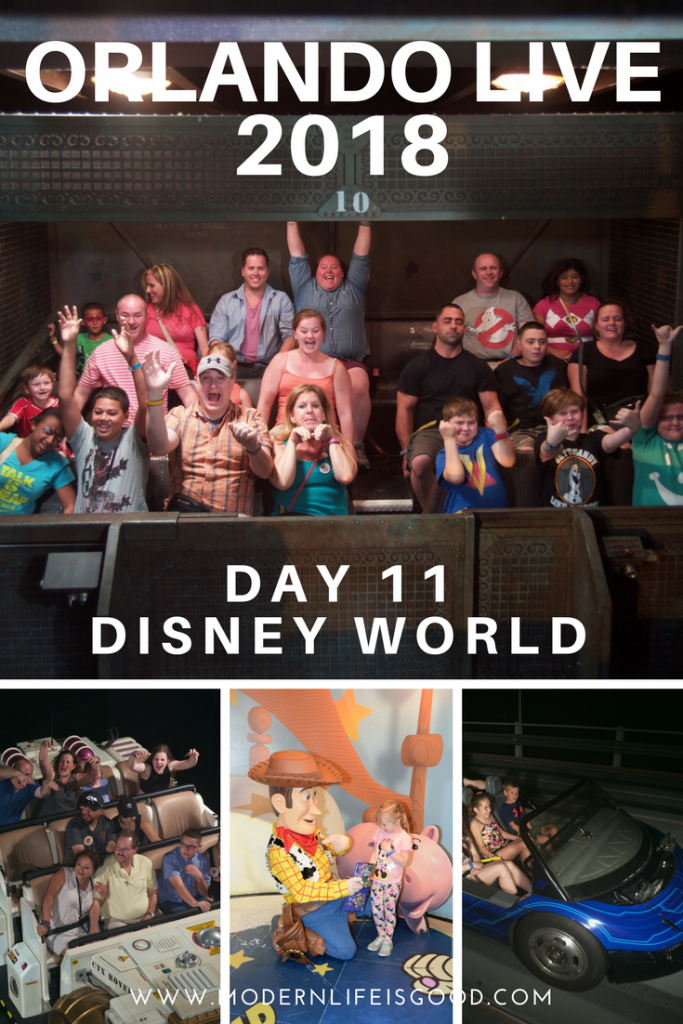 It is hard to recollect what Hollywood Studios was like a few years back. Currently it is more building site than theme park. Although several good attractions do remain, the thousands of guests present scramble to get a ride.

Toy Story Land opens on the 30 June to signify the start of the new Hollywood Studios era. However, even with these new attractions it is hard to see this becoming a full day park.

After a lie in, our day started with lunch at the Sci-Fi  Dine in Theater. A fun restaurant where your table is built into replica cars. Food is good and you are entertained with early Sci-Fi movie clips as you eat. It was many years since we have eaten here. Previously we have been on the Disney Dining Plan and it represents poor value. However, it is one of the best themed restaurants in Walt Disney World.

The rest of the day was spent touring the park. Due to a flaw in the FastPass system we managed to gain 3 rides on Star Tours. We will discuss how we managed this on a later date.

We finished our day watching the Star Wars: A Galactic Spectacular Fireworks. This was the first time we had seen these fireworks and they did not disappoint.

Tomorrow we are back to the Magic Kingdom and another attempt at navigating massive crowds.