Today we left the Disney Wonder and arrived at Walt Disney World. We spent the day, Easter Sunday, at Animal Kingdom. 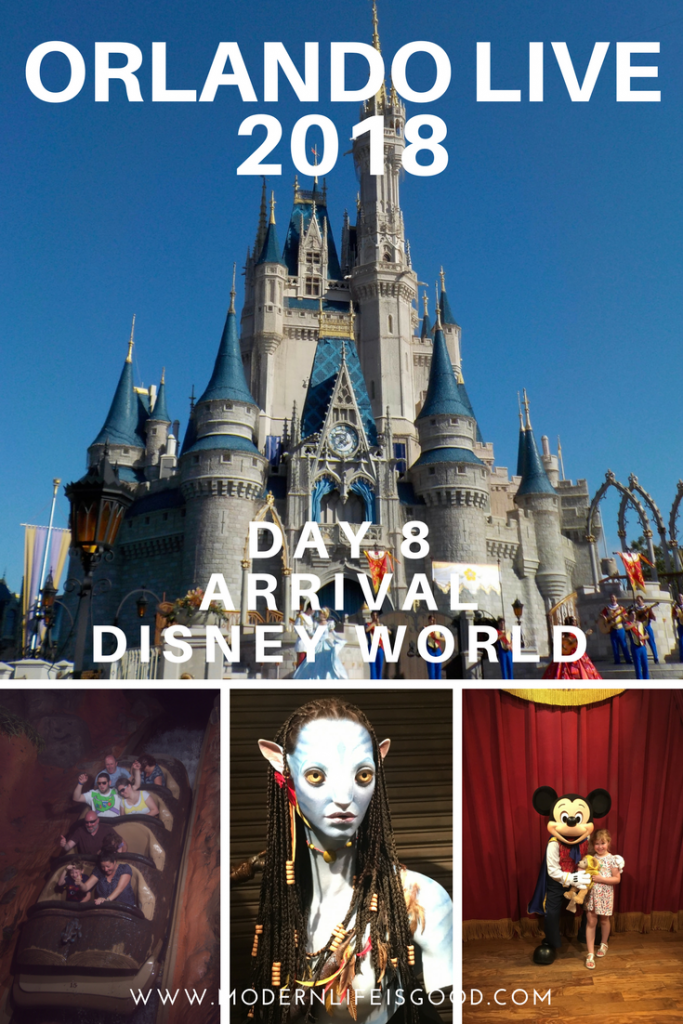 The Disney Wonder arrived back in Port Canaveral at around 5 am. Disembarkation started just after 7 with several intrusive messages into the cabin. Cruise ships which have been a luxurious experience suddenly become an inhospitable place on disembarkation day.

Disney appears to have disembarkation down to a fine art. We were assigned a breakfast sitting at 8:15 where we would be served by our regular waiters. Our dining staff on DIsney Wonder were first class including on our last morning.

Once disembarked we caught an Uber to our Orlando Hotel. Our accommodation for the next 4 nights is the Orlando Hilton Lake Buena Vista. This is a Disney Springs resort which for the first time in 2018 has access to Extra Magic Hours and the extended Fastpass booking window. The hotel appears nice but is more corporate than Disney.

The hotel also includes transportation to the parks. However, this is not equivalent to Disney Transport. Buses go to either Animal KIngdom & Magic Kingdom or Hollywood Studios & Epcot. They also stop in secondary bus parks which are sometimes a little distance from the main park entrance. By serving more than 1 Park and arriving at a more distance bus stop, they do take longer to get to your final destination than Disney Transport.

It might have been Easter Sunday but there was nothing at Animal Kingdom to signify the event. Unless we missed it, there appeared to be no special Easter Celebrations.

However, the park was surprisingly quieter than expected. We had expected Easter Sunday to be a full capacity but although busy the park was manageable. We managed to get several additional Fastpass reservations once we had used our original 3 & toured the park with ease.

We also had time to complete part of the Wilderness Explorers. This is a great interactive experience where kids can complete challenges and collect badges around the park.

A great first day in Walt Disney World. Tomorrow we are off to Epcot to experience the Flower and Garden Festival.