You are here: Home / Travel / 2018 is the Best Year Ever to Visit Walt Disney World 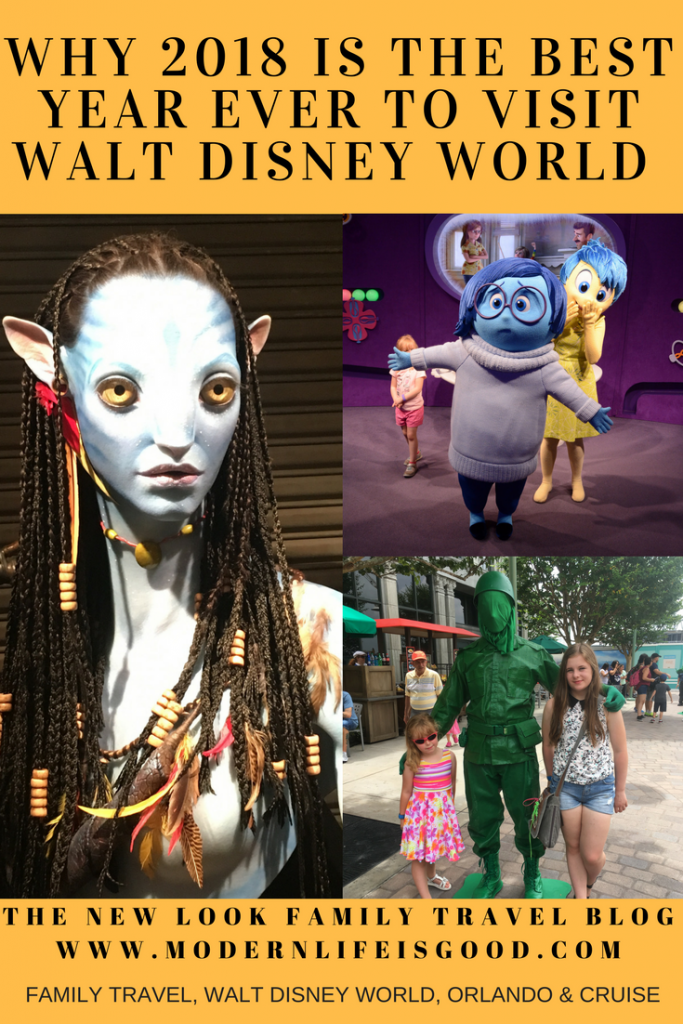 I hear you cry.

“Mr. Modernlifeisgood.com have you lost your mind?

Whilst all this is true, 2018 to me is going to be something special.

You can’t wait to ride the Slinky Dog Coaster in Toy Story land?”

Whilst Toy Story Land does look good it is hardly as exciting as Pandora or Star Wars Land. Plus the announced changes to Magic Kingdom & Epcot as we approach the 50th anniversary look pretty good too.

Let me explain further why I think this is going to be the Best Year Ever to Visit Walt Disney World  ……..

By summer 2018 we are going to have 2 recent massive park expansions Pandora – the World of Avatar & Toy Story Land. This will split the crowds who will have these as their must-do attractions. Last year everyone was attracted to Pandora which made Animal Kingdom very crowded.

Neither of these new expansions are in the traditional 2 busiest parks Epcot & the Magic Kingdom. Hopefully, this should spread the crowd more.

2019 is going to be a hectic year at Walt Disney World. Star Wars Land will inevitably bring many more visitors. Plus it isn’t likely to stop there as further expansions plus the 50th birthday anniversary celebration will bring even more guests in the following years.

None of these new expansions are cheap either to build. Expect prices to visit Walt Disney World to rise from 2019.

Finally, we think 2018 might be your last opportunity to visit some classic Walt Disney World attractions. In 2017 we had our last rides on The Great Movie Ride & Universe of Energy. The next few years will bring many new attractions to Disney World. However, with the new the old may go.

What will be next to go to the Great Theme Park Heaven?

Stitch’s Great Escape seems almost certain. Will Figment Journey Into Imagination or Muppet-Vision 3D be next?

What do you think? Do you think 2018 is the Best Year Ever to Visit Walt Disney World? Do you think it is worth waiting till Star Wars Land opens? Leave a comment below.