You are here: Home / Travel / Cruise / Jewel of the Seas with Kids
0Shares

We travelled with our 2 children aged 6 & 13 on Jewel of the Seas to the Southern Caribbean in April 2017. We have done a number of cruises with the kids before but this was the first time on a smaller ship. In the past we had sailed on some of the World’s largest mega-ships but would the midsize Jewel of the Seas with kids be a great family vacation?

Our last cruise was on Harmony of the Seas; the World’s Largest Cruise Ship; and the was an abundance of family activities including water-parks, carousels, ice-skating, rock-climbing  & Dreamwork’s Characters including Shrek. Jewel of the Seas certainly had a lot to live up to.

The good news is; the much smaller; Jewel of the Seas with kids is a fantastic experience. Although offerings are smaller they are still abundant and of high quality. Kids will have a great time and so will teens.

Royal Caribbean have dedicated age specific activities for children throughout the day. Their clubs come under the brand name Adventure Ocean which is split into Aquanauts(3-5), Explorers(6-8), Voyagers(9-11). Activities include circus skills, a pirates party & science experiments. Activities run throughout the day until 10pm when ships are in ports but the are short breaks on sea days. The is a late night party zone until 2am which attracts a small fee. The facilities on Jewel are smaller than other ships and they joined the Explorers and Voyagers into 1 room. Although our daughter enjoyed the activities we were a little wary she was with much older children. However; the staff in Adventure Ocean on Jewel were some of the best we have encountered at sea. Adventure Ocean Staff are experienced and well qualified usually with a childcare qualification.

On many of Royal Caribbean ships they have introduced a Nursery for children under the age of 3, The is no nursery on Jewel and in my opinion this is probably not the best ship for younger children. .

Teens and Tweens have their own dedicated areas away from the younger kids with their own activity programme. Activities include quizzes & pool parties. Activities seemed well organised but the teen area was incredibly small. The was a lot of teens on our sailing and they regularly over spilled to the corridors outside the club. 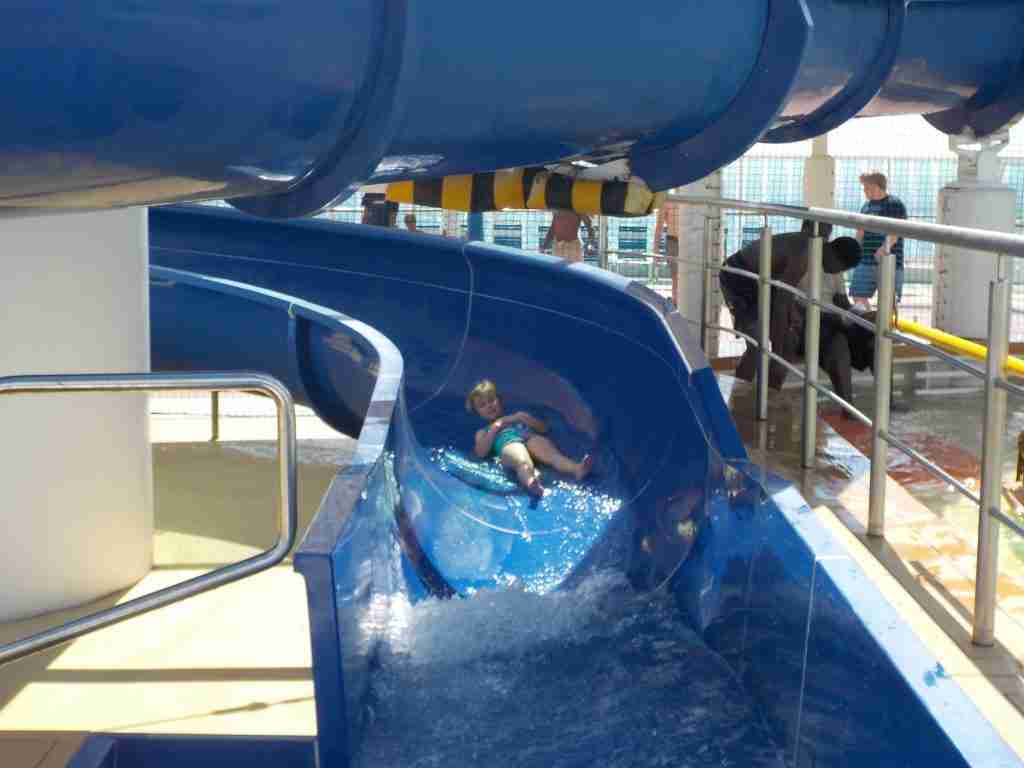 Additional activities the family can enjoy include rock climbing & the Jewel of the Seas Crazy Golf course.

Family excursions on this cruise were better than some of our previous cruises. In my opinion the Southern Caribbean is a great location for a family cruise from boat rides to fantastic beaches the is so much kids can enjoy.

Jewel of the Seas with Kids is a fantastic family vacation and you should not be put off sailing with kids on smaller ships.

Visit our Daily Live Blog from Jewel of the Seas.

Read about Harmony of the Seas with Kids.