You are here: Home / Travel / Cruise / Entertainment on Harmony of The Seas

In Blighty people often refer to big cruise ships as Butlins at Sea. The truth is of course very different. Whilst like Butlins the are vast quantities of activities and entertainment the quality of entertainment on Harmony of the Seas is outstanding.

The original Oasis Class ships took the quality of entertainment to another level with the introduction of Broadway musicals such as Hairspray and Chicago and the arrival of the Aquatheater shows featuring Olympic Divers.

In addition to the  big shows the are also entertainers appearing at different venues every night e.g.  a Pianist in the Schooner bar & Latin Bands in Boleros. If you want to be the entertainer the is regular karaoke at the On Air Bar.

The are regular comedy shows but unlike the oasis ships not a dedicated comedy club. The comedian whilst we were on board was British and I think a lot of his jokes did not appeal to the mainly American audience.

The is also plenty for kids and families including kids clubs, the Adventure Ocean Theatre, the Dreamworks Experience & the Royal Promenade parade. To find out more about taking your kids on Harmony of the Seas read our article here.

As you would expect with Royal Caribbean the are also regular activities and quizzes throughout the day. The is also the regular Royal Caribbean big game shows i.e. Love and Marriage & Quest(an adult Scavenger Hunt)

The is a new street party down the Royal Promenade called the “Totally 90s Street party” which seemed to get the ship dancing. We also managed to catch one of the free T-shirts thrown out from the balcony.

As for the BIG shows the are many highlights but this is just a few of them:

Grease a new production of the classic musical. The production was excellent.

Columbus the Musical a new original production which follows the story of Christopher’s less famous cousin Marvin. This one is not to be missed and the set is simply stunning. In my opinion this was actually better than Grease.

The Fine Line in the Aquatheater which was described as a 360 degree immersive entertainment show. Unlike the shows I saw on Allure diving only plays a small part of the festivities. I challenge anyone not to be amazed by the acrobatics performed on a strip of elastic. The show was mind-blowing and of course shouldn’t be missed.

On our trip several performances of The Fine Line were cancelled due to bad weather and a technical fault. I would recommend booking early in your cruise. 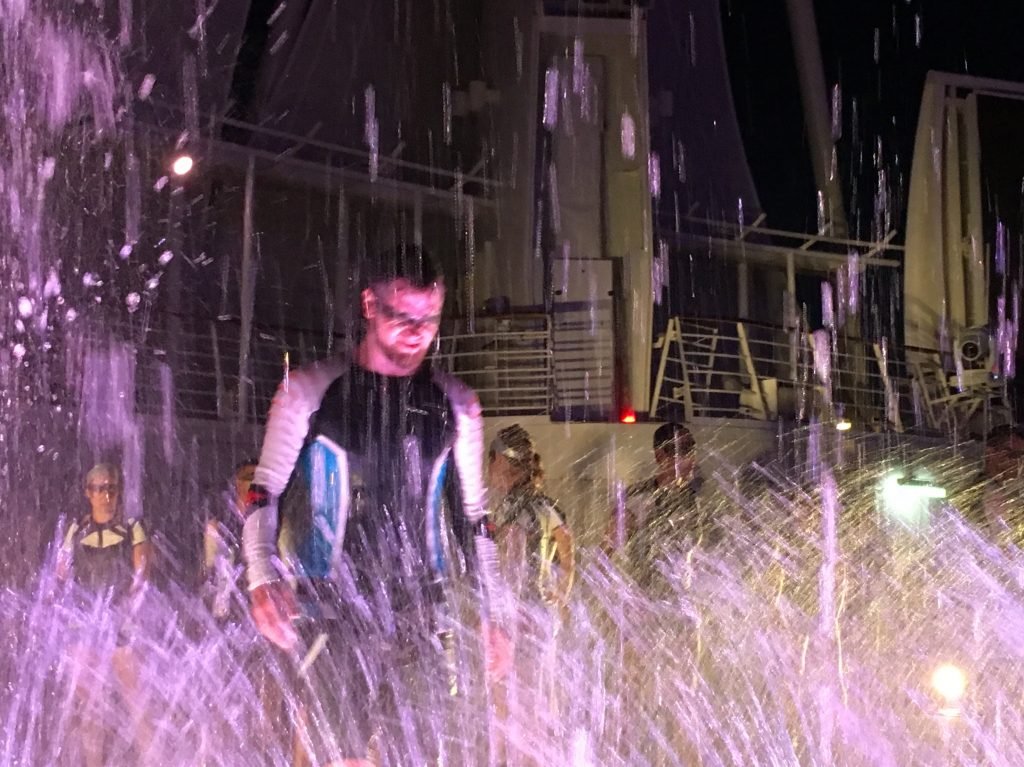 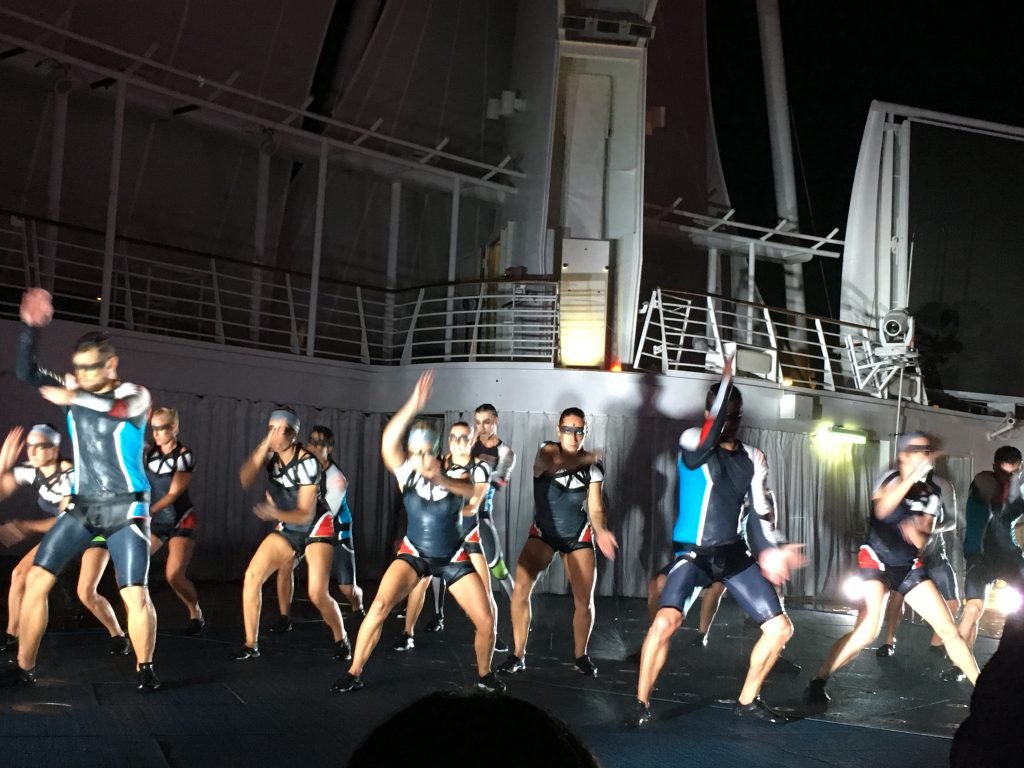 1887: A Journey in Time at the ice rink. A typical Royal Caribbean ice show in which it is impossible to follow the story. I’m personally not a big fan of ice shows but it seemed to go down well with the crowd.

Like all these big ships you must book your big entertainment options in advance or risk the standby line. However; except for Grease & The Fine Line I think you can usually get in.

Unique to Harmony of The Seas is a new escape room called Escape the Rubicon. Working as a team over 1 hour we successfully got out which apparently only a small percent manage.

The one thing we never saw on the ship was the Stowaway Pianist. Although mentioned on the Royal Caribbean website we never heard him mentioned whilst we were on the ship.

The are probably many other entertainment options I have missed. The Entertainment on Harmony of the Seas means you are unlikely to ever get bored.

Watch our Highlights video of harmony of the Seas

To find out more about Harmony of he Seas visit Cruise Modern Life is Good.