You are here: Home / food / The Man Behind The Curtain Review of Magical Dining in Leeds

We review Michael O’Hare’s Man Behind the Curtain Leeds only Michelin Star Restaurant.

The Man Behind the Curtain is gaining a growing reputation for imaginative, modern, artistic and unusual cuisine. The Restaurant is located above a clothes store in Leeds, West Yorkshire and opened in 2014 by chef Michael O’Hare. It received a Michelin star in October 2015 and three AA Rosettes in 2016. 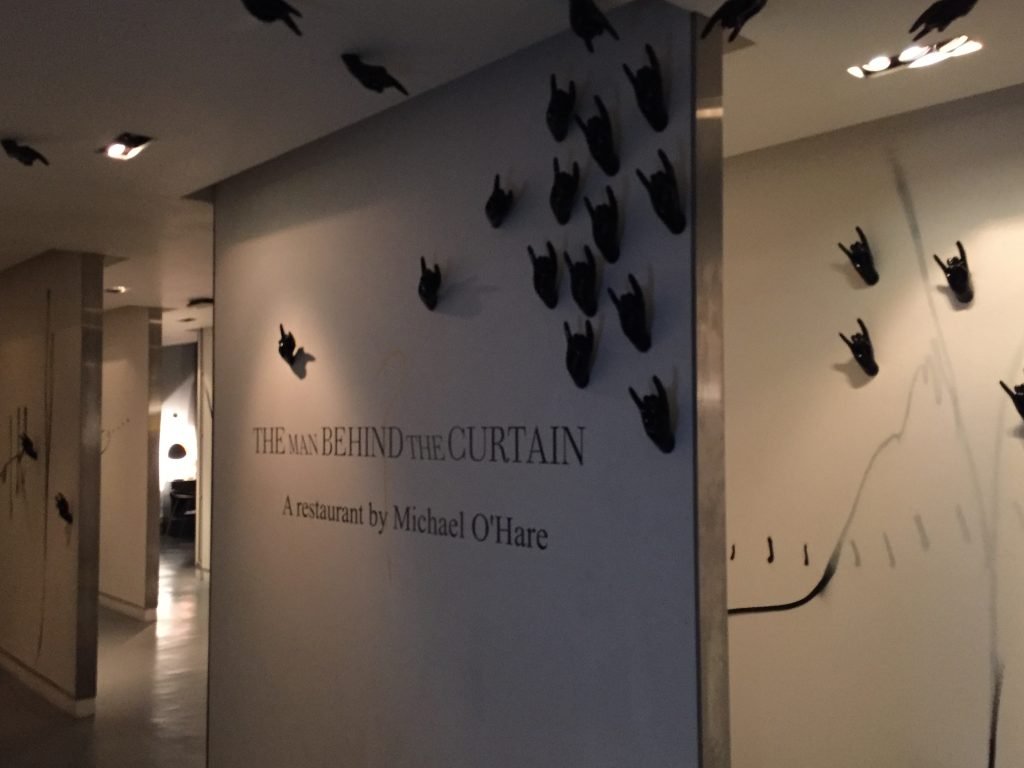 We first became aware of The Man Behind the Curtain following Michael O’Hare appearing on finals week of Masterchef 2016. We were fascinated by the innovative cuisine that Michael created with the contestants. Prior to his appearance on Masterchef Michael also appeared on Great British Menu winning the fish course.

Michael O’Hare is from Redcar, North Yorkshire, England and started cooking whist at University. He will shortly be opening an extra restaurant at the National Football Museum in Manchester called The Rabbit in the Moon. Staff described to us this new restaurant as being “Space-age Asian”. 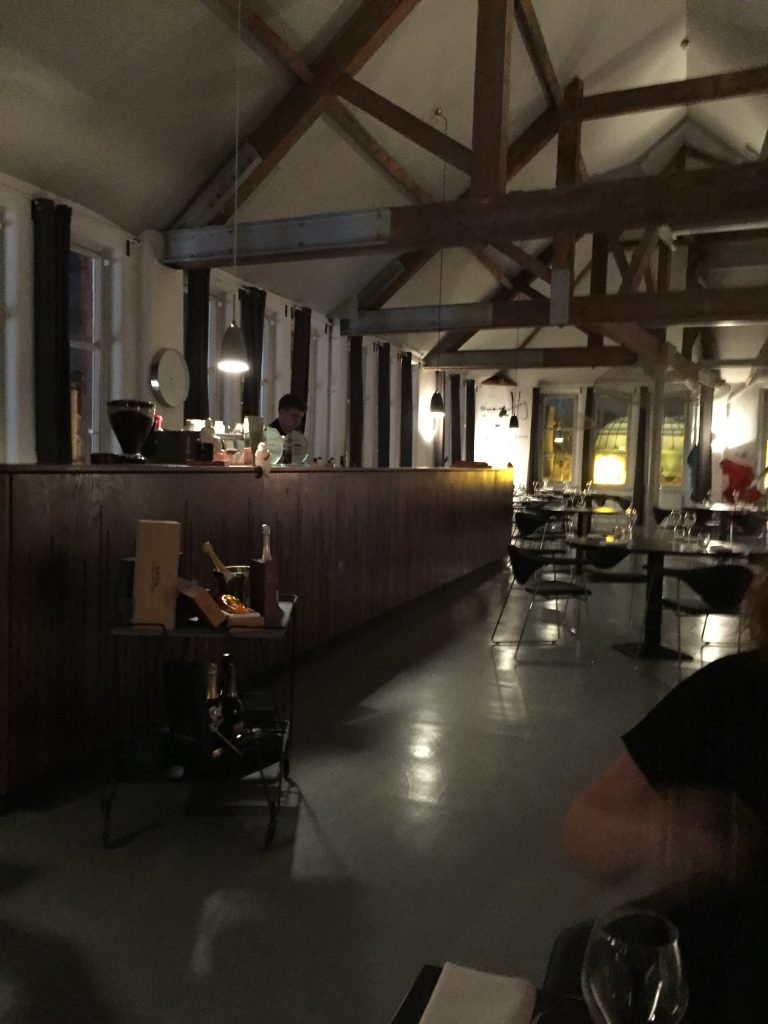 Staff in the Restaurant are friendly and decoration is minimalist. Walls are decorated with drawings/graffiti and the is ambient music playing throughout. Food is a tasting menu and on our night we were served 10 delicious courses. We also chose the wine pairing which was well explained by our waiter. The menu provides little sign of the food you will be served during your 2 hour experience. The evening tasting menu is charged at £75 or £130 with wine which represents I feel good value.

First up was a duck dish from Michael’s new Restaurant The Rabbit in The Moon. This was delicious and if the rest of the food is the same we will soon be hearing much more about this new venture. I understand that footballers Gary Neville and Ryan Giggs are partners in this new venture.

Our next course was veal sweetbreads which was certainly one of the most visually stunning dishes. This dish certainly had a kick and was not my wife’s favourite.

Our next course was served with the most wonderful Vermouth which had been marinated in Olives and Oranges. This course was a Beef Tartare and was an absolute delight.

We then moved on to the fish dishes. The first dish was Swordfish (or at least we thought it was) but previously I have heard this described as Throat of Hake. However it was delicious but was pure white unlike the rather yellow picture below. The was a list of rather complex extra ingredients like all the dishes served throughout the evening.

Well we found out later it was in fact saltfish! The man himself let me know….wow! Just shows who might be reading your blog “behind a curtain”.

Next up was a crab dish which was some sort of multi-coloured lasagna. This was in my opinion the most stunning dish and perhaps the most tasty. This was an achievement as I actually don’t like crab!

Next up was one of Michael’s signature dishes which featured and won The Great British Menu. This was Michael’s rather unusual take on fish and chips. Covered in Squid Ink and I’m not sure what but with a delightful piece of cod underneath. To be honest I didn’t get this dish and it was my least favourite on the menu. To me it was all just a bit too odd and I managed to get my face covered in Squid Ink. But that is the attraction of taster menus we all try different things some we like and some we don’t…. in this case it was one I didn’t but the rest of the menu was fantastic.

Now it was time for the meat dishes. First up was Ox Cheek braised and served with several dips. This dish was fantastic and I would have loved a bigger serving.

Next came another signature dish pork, with egg, edible eggshell and anchovy. I loved this and was as fantastic as I expected. My wife loved but felt the fish addition was unnecessary. We had seen this dish on Masterchef and was one of the things that had attracted us to the restaurant.

Time for dessert and what a dessert it was! Chocolate Mousse, Violet Ice-cream and silver chocolate served with potato custard(yes you did read that right) and Beetroot rice. The dessert was fantastic and had me laughing over every bite,

Finally we came to coffee served with some caramel and the most amazing cupcake you must eat whole. I will leave the surprise the cupcake contains but you must do exactly as the waiter says.

Fantastic food in a fantastic venue and well worth the wait to get a table. Although the meal isn’t quite perfect you can’t help but feel it will not be long until The Man Behind The Curtain will be awarded a 2nd star.

Fancy bring something similar at sea? Visit Wonderland on Harmony of the Seas read our review.